END_OF_DOCUMENT_TOKEN_TO_BE_REPLACED

November 20 we are celebrating UN’s Universal Day of Children, and this year is also the International Year of Forests. Consequently SCA takes the chance to talk more about what children really want: To spend and play more time in the fresh air and the forests.

A representative SCA study conducted by the renowned research institute TNS Emnid amongst 1,000 German children aged 7 to 14 years and their parents shows that:

"We are pleased with these results because they show that children have a positive relation to the forests," says Martina Eisenbeis, Environmental manager at SCA’s hygiene operations in Germany. "This is where we can start to bring them closer to the nature and to enhance their environmental awareness." 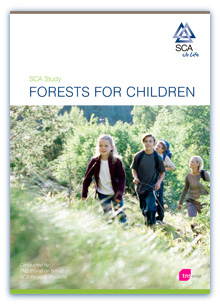