END_OF_DOCUMENT_TOKEN_TO_BE_REPLACED

International Year of Forests: Reason to be optimisti

This week the United Nations launches the International Year of Forests (IYF), and indeed 2011 begins with the future of the world’s tropical forests at a “tipping point”.   Fortuitously, IYF is being launched at a moment when the stars are aligning for a step change in how forests are managed.

When the idea of an international year dedicated to forests was first mooted years ago, no one had heard of the term “REDD” – reducing emissions from deforestation and forest degradation — nor would anyone have predicted that the link to climate protection would breathe so much life back into forestry discussions at national and international levels. 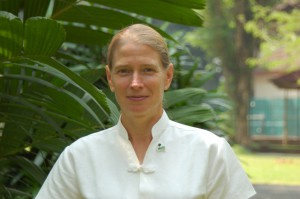 Not since the world first became excited about tropical rainforests two decades ago have forests featured so high on the international agenda.  Once again, heads of state are talking about forests, and making commitments of funding and policy change necessary to save them.

A confluence of events that unfolded in 2010 has created conditions for a “perfect storm” in 2011 that could permanently alter both the literal and figurative landscapes of forest policy and practice.

First, IYF comes on the heels of a successful International Year of Biodiversity, which saw the conclusion of significant agreements at the 10th Conference of the Parties (COP10) of the Convention on Biodiversity in Nagoya last October.  Decisions taken in Nagoya included several with implications for forests, including commitments to reduce the rate of loss of natural habitats, and commitments to ambitious targets for protection and restoration.

Second, launch of IYF immediately follows the inclusion of an agreement on REDD as one of the outcomes of COP16 of the Convention on Climate change in Cancun in December. The agreement sets in place a global framework – to be elaborated in the coming years – to support the many national and local initiatives already underway to reduce emissions from deforestation and forest degradation.

Third, and most importantly, 2010 saw a number of countries stepping up to make specific, significant commitments regarding what they were prepared to do to change forest management policies and practices in support of REDD objectives.

Closest to home for CIFOR’s headquarters is the Letter of Intent concluded by the governments Indonesia and Norway last May.  In this agreement, Norway has pledged up to $1 billion in exchange for Indonesia’s performance in reducing forest-based emissions.  Indonesia has embarked on an ambitious program of strategy development, institution building, and a moratorium on forest conversion to meet that objective.

Both parties to the agreement, and many others like them whether in the context of bilateral agreements, national REDD strategies, or individual demonstration projects, have placed a bet that REDD can work.  In 2011 we will learn if these bets will pay off.

It is certainly not a sure thing that they will.  The technical challenges faced by REDD – such as establishing systems for MRV, determining reference levels, and creating financial mechanism — are difficult enough.  But the political challenges are also daunting.  Vocal constituencies working against REDD include the many vested interests who currently benefit from the status quo of forest management.  They also include arguably misguided perfectionists who – while raising legitimate concerns about fairness and safeguards – seem to insist that all the many wrinkles of forest governance must be ironed out before REDD can even start.

Unfortunately, undue pessimism about the prospects for REDD success could be a self-fulfilling prophesy.  Those who have placed the big bets on REDD could lose confidence that the necessary political will and finance will be in place to support follow-through, and might begin hedging those bets.  That would be a shame.

The launch of International Year of Forests is a moment for optimism that the “perfect storm” can indeed succeed in precipitating a fundamental shift in how tropical forests are managed, in ways that serve both climate protection and social justice objectives.  Here’s hoping that 2011 is the year when bets start paying off.