END_OF_DOCUMENT_TOKEN_TO_BE_REPLACED

The US REDD Strategy - geographically

Colleagues at RFF have recently released an Issue Brief on Geographically Prioritizing Appropriations for the Sustainable Landscapes Program. It determines how the United States should spend its $1 billion pledge in fast-start financing to developing countries to reduce carbon emissions from deforestation with key objectives to help countries prepare for Reducing Emissions from Deforestation and Degradation Plus (REDD+) programs and to achieve cost-effective, sustainable net emissions reductions.

The usual suspects of Indonesia, Brazil, and Mexico are listed as areas where Reducing Current Deforestation is needed the most and can be easily achieved. Following that is the Democratic Republic of Congo and Colombia among others in the Avoiding Future Deforestation camp. But what is surprising is the Potential REDD+ Investment group, accounting for an additional 15 percent of total forest carbon stock and 14 percent of total annual forest carbon emissions. This includes countries such as Argentina, Papua New Guinea, and Nigeria.

These and the rest of the countries in this list all have very difference levels of governance structures and levels of REDD+ assistance that would be needed in order to make them REDD+ ready. This translates into different levels of dollar amounts needed to invest in these countries. It does say in the Issue Brief, “A governance hurdle was imposed, such that countries with lower governance required a higher carbon price to make REDD+ revenue equally competitive with agricultural and timber revenue.” However, most REDD models that address corruption and governance fail to address historical significance of corruption in individual locations and the underlying causes of deforestation in these countries. At an RFF seminar on Finding Forest Carbon: Estimating and Tracking REDD Supply today, Robin Kraft, consultant at RFF, mentioned the greater need to incorporate these risks into the metrics. According to World Bank indicators, Nigeria and the Democratic Republic of Congo rank in the lowest tenth percentile of government effectiveness, less than half the regional average, and still they are listed in top REDD+ potential. 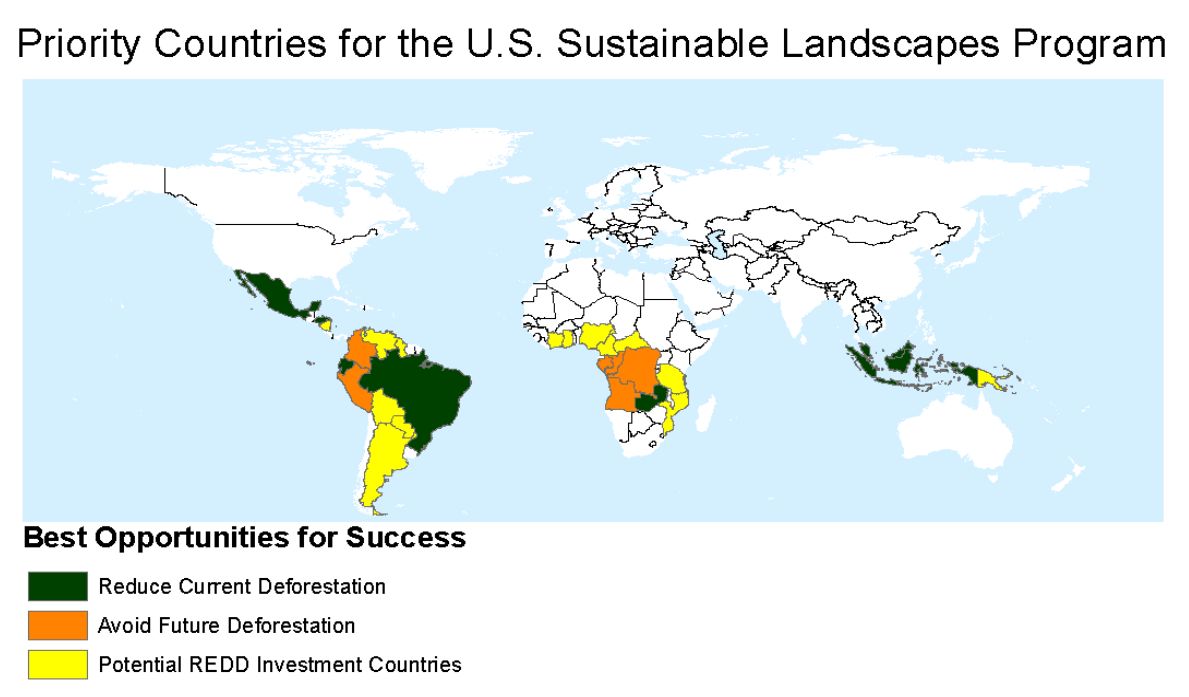 Therefore, in REDD and REDD+, the bigger issue has not been significantly addressed. A report released by the International Union of Forest Research Organizations that has been presented to the United Nations concludes that in order for REDD+ to be successful, the underlying aspects of deforestation need to be addressed, such as demand for biofuels and food crops, as well as local governance structures.

The problem becomes a chicken-and-egg issue. Countries and private investors are not willing to pay for purely developmental schemes that are needed to boost local governance structures to incorporate REDD+ projects. However, if local capacity is not improved, then REDD+ investments will not pay off. REDD+ will not have a high amount of payoff if the money is given to an ineffective or corrupt government and does not address the underlying issues of why deforestation occurs. Reuters reported last year that Norway and Indonesia’s REDD deal is clouded by allegations of corruption. And historically, natural resource wealth (i.e. oil and timber) adds to the level of corruption in places such as Nigeria. The “resource curse” can also fuel civil unrest and in some cases provoke civil war, such as in Liberia. Nigeria has an infamous history of foreign oil companies adding to bribery and corruption in the natural resources sector. Therefore, investments in this country from forest carbon could have the potential to perpetuate the governance failures.

However, that said, REDD+ programs do have a potential to generate economic growth. They can supply jobs to local communities with cash injections and projects to stimulate low-carbon economy growth, as Indonesia is trying to do. At the World Economic Forum, Indonesia President H. Susilo Bambang Yudhoyono said, “It is in this spirit that we in Indonesia have adopted a four-track development strategy, which is pro-growth, pro-job, pro-poor, and pro-environment.”

As the Forest Carbon Index (FCI) and Forest Monitoring for Action (FORMA) indicate, REDD+ also has the potential to significantly reduce deforestation, and thus carbon emissions, if there is a price on carbon. Once in place, REDD+ can also have the potential to attract more foreign direct investment into the regions.

Still, in order for REDD+ to have beneficial payoffs for investors and local communities, policies need to be addressed that can tackle the underlying issues. These include disrupting illegal trade routes and improving resource governance.