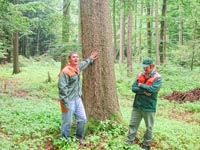 Is conservation the
main deal of REDD+?

Is illegal logging the main
source of deforestation?

it's much more than just reduced impact logging or conservation!

The Community Forestry Carbon Offset is the first REDD pilot project that involving 13 community forestry sites located in the Northwestern part of Oddar Meanchey province. The area was covered with 75% of evergreen, semi-evergreen (mix deciduous) and deciduous forest types but due to demand for timber and agricultural and settlement land, forest cover has declined at an average rate of 2.1% per annum. Because of the high deforestation rate, the area was selected for REDD pilot project. This Community Forestry Carbon Offset project was launched in 2008 by Forestry Administration with the collaboration of Community Forestry International (CFI), PACT Cambodia and Terra Global Capital. In addition, the project was also officially endorsed by the Prime Minister of Cambodia under Decision no 699 dated 26 May 2008.

The Royal Government of Cambodia (RGC) strongly supports the REDD mechanism and believes not only that REDD will help reduce GHG emission, but also contribute to alleviating poverty, improving forest governance, and enhancing sustainable forest management in the nation. 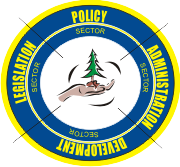 Is SFM important to good governance?

Survival of the fittest - how about forest products industry?

...this seems to be a big issue to West Canadian Forests...